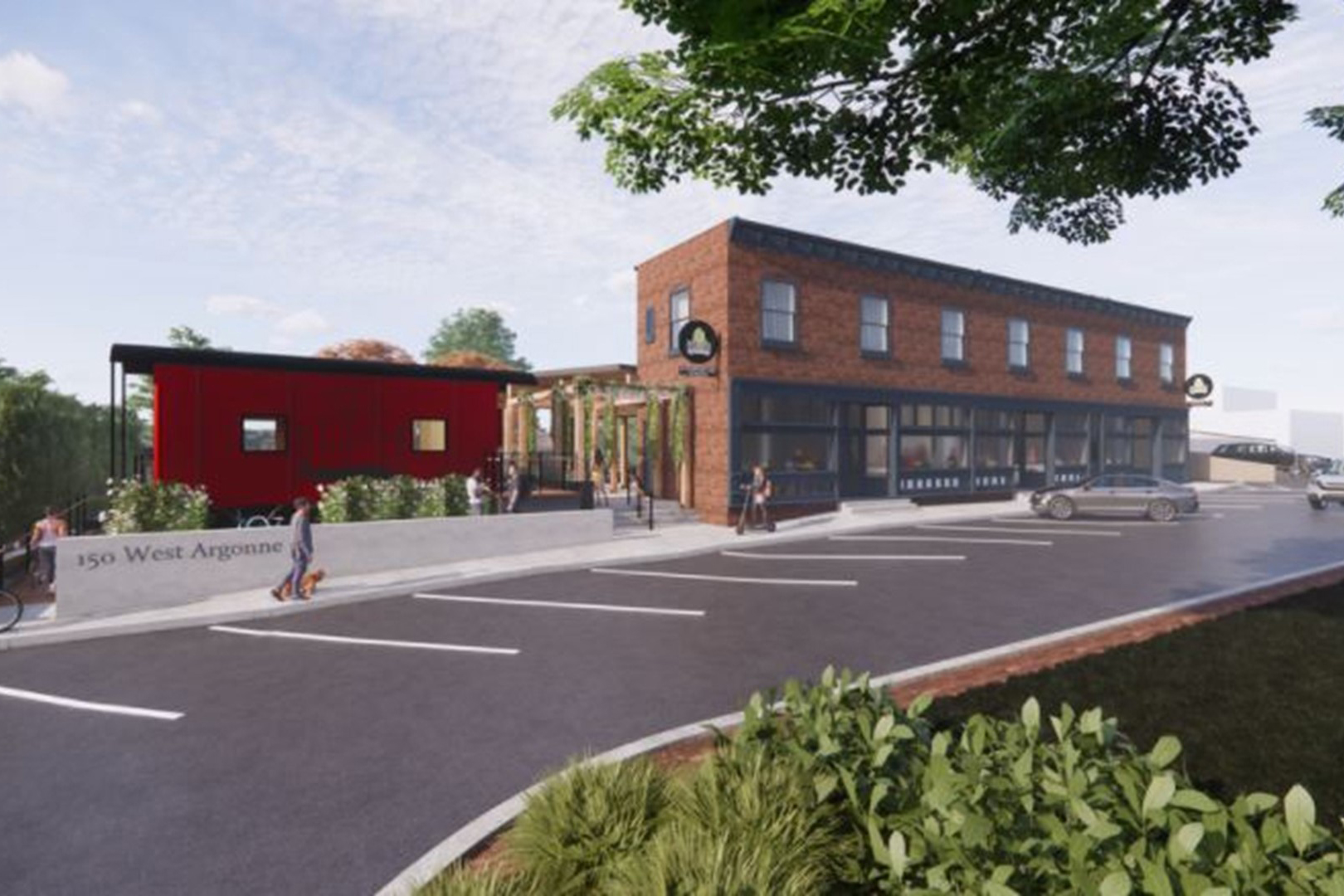 ST. LOUIS — In the more than 10 years since it launched, 4 Hands Brewing Co. has evolved to become among the largest and most recognizable craft beer brands in St. Louis. Yet unlike its peers, the downtown St. Louis brewery has done so while limiting itself to only one physical location.

That is expected to change later this year when 4 Hands, located less than a mile south of Busch Stadium at 1220 S. Eighth St., opens a second taproom, this time in Kirkwood.

The brewery is in the process of building out a new pub and taproom at 150 W. Argonne Drive in a 2,550-square-foot historic building that previously housed retail store Down by the Station. Taking inspiration from the prior tenant of the building, 4 Hands CEO Kevin Lemp said the new space, located adjacent to tracks used by Amtrak's Missouri River Runner train route, will be called "The Station" and will retain the 165-square-foot caboose that serves as a landmark for the property.

Lemp said costs of the project, which he hopes to have ready to open in September, are still being determined, "but it's not going to be cheap."

The expansion into Kirkwood comes after several years of exploring potential parts of the St. Louis metro area for a second location. It was a cautious, deliberate pursuit, Lemp said.

"We have been looking for a long time and we said 'no' a lot," Lemp said. "We're not building the company to sell the company, so every decision has to be unbelievably intentional. And I don't ever want to put us in a position where we (as a company) weren't laser focused on something and got ahead of ourselves and weren't as efficient in a certain area. We're in a really good place right now."

At various points, Lemp said, he was close to deals in Edwardsville and at a location he described as "on the outskirts" of The Grove. He also searched farther west.

Then Savoy Properties, which Lemp said was working with 4 Hands on other projects, brought the Down by the Station building to his attention. Savoy holds a master lease at the property, which is owned by Suzanne Swoboda's Argonne Building LLC.

We help companies succeed by matching their needs with the right real estate solution to achieve their business goals.